Worldwide events, including one at the University of Minnesota, will coincide with Rabbi Adin Steinsaltz’s completion of first original Talmud commentary since Middle Ages

As momentum builds towards the culmination of Rabbi Adin Steinsaltz’s 45-year quest to translate the Talmud, more than 256 Jewish communities around the world are planning study programs on the Global Day of Jewish Learning, Sunday, Nov. 7, to mark the occasion.

“The Talmud belongs to all Jews, and not just a special sect or elite group,” Rabbi Stensaltz said in a press release. “Through the power of these translations and the power of modern technology, we are awakening Jews to their shared heritage.”

Locally, Hillel at the University of Minnesota will hold this week’s Milgrom Shabbat in conjunction with the worldwide celebration. The annual event honors Rabbi Louis Milgrom, who was both executive director and rabbi of Hillel from the 1940s to the 1970s.

“The entire world is celebrating on Nov. 7,” Sarah Routman, executive director of Hillel at the University of Minnesota, told the AJW. “We decided that since we’re having Milgrom Shabbat on Nov. 5, why don’t we make that our day of global Jewish learning.” 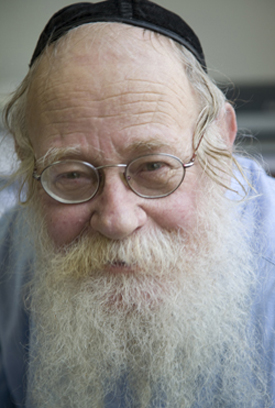 Hillel will host a variety of local educators — including Earl Schwartz, of Hamline University; Joshua Fineblum, director of education at Temple of Aaron; and Rabbi David Wirtschafter, rabbi-in-residence at the Amos and Celia Heilicher Minneapolis Jewish Day School — preceded by a student-led service and kosher dinner.

Steinsaltz’s Talmud translation and commentary is the first original Talmud commentary since the Middle Ages.

“It is fair to say that no one since Rashi — the 11th century pivotal interpreter of Jewish texts — has anyone accomplished such a task,” said Ilan Kaufthal, chair of the Global Day. “This is a truly historic achievement, which is why so many diverse Jewish communities from every corner of the world are excited to be involved.”

The Global Day of Jewish Learning counts among its supporting partners the governing bodies, leadership and ordaining institutions of the Reform, Conservative and Orthodox movements of Judaism, as well as the leadership of the Reconstructionist Rabbinical Association.

Below is a promotional video: