Now out on DVD, the documentary Neshoba: The Price of Freedom (First Run Features), tells the story of justice delayed and denied. In the summer of 1964, three young civil rights workers, James Chaney, Andrew Goodman and Michael Schwerner — a black from Mississippi and two New York Jews — were murdered in rural Neshoba County. And for 40 years, Mississippi authorities refused to prosecute the Klansmen who perpetrated the murders. Neshoba, directed by Micki Dickoff and Tony Pagano, examines the prosecution of Edgar Ray Killen, an 80-year-old Baptist preacher, who shared his malignant racist views with the filmmakers. — M.S.

When Harpo and Dali wrote a film

Gershon Baskin: A memoir from an Israeli optimist 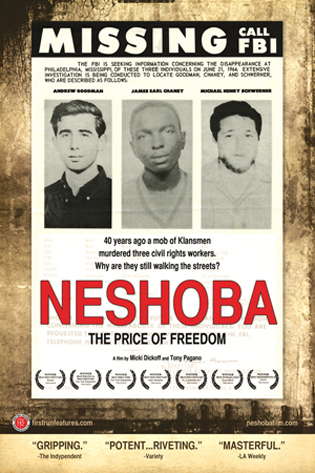 When Harpo and Dali wrote a film

Gershon Baskin: A memoir from an Israeli optimist