Back to the back of the Israeli bus

JERUSALEM (JTA) — On the No. 3 bus line in Jerusalem, women passengers pay their fare and walk directly to the back to find a seat.
Men, most of them haredi Orthodox with long sidecurls that brush the shoulders of their black wool suits, sit in the front section. Behind them, following a space of about two feet separated by the rear doors of the bus, sit the women and girls.

The Arab driver tersely explains protocol as he begins his route through a string of largely religious neighborhoods toward the Western Wall in Jerusalem’s Old City.
“This is a ‘mehadrin’ bus,” he says, using the term for strictly kosher. “Women sit in the back.” 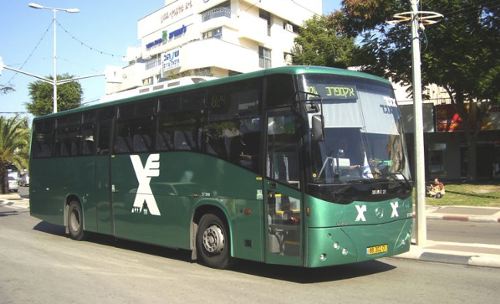