What’s the state of the ‘two-state solution’?

Direct Israeli-Palestinian peace negotiations are foundering over the issue of renewed construction of Jewish settlements in the West Bank. So an upcoming forum, “Achieving Two States: Why the Security of Israel Depends On It,” sponsored by J Street’s Minnesota branch, comes at a fraught moment in Middle East affairs.

The Wednesday, Oct. 20 conversation at Mount Zion Temple in St. Paul will feature Amb. Colette Avital, a veteran of Israel’s foreign service and a former Labor Party member of the Knesset, and J Street founder and president Jeremy Ben-Ami.

J Street, which bills itself as the “political home for pro-Israel, pro-peace Americans,” lobbies in the nation’s capital for American leadership toward achieving a two-state solution to the Israeli-Palestinian conflict, and to ensure a “broad debate” on Israel and the Middle East, both nationally and within the American Jewish community.

“It could not be more topical,” says Rabbi Amy Eilberg, regarding the Oct. 20 forum on the peace process. The chair of J Street’s Minnesota chapter and coordinator of interfaith dialogue for the Jay Phillips Center for Interfaith Learning, Eilberg points out that the conversation is “particularly timely now, because J Street’s essential position is that the achievement of an agreement concluding the two-state solution between Israelis and Palestinians is not only important both for Israelis and Palestinians,” but is of urgent concern to American Jewish supporters of Israel who want the nation to thrive as the “Jewish and democratic state, of which the founders dreamed.”

Absent an agreement on a two-state solution soon, all of “historic Palestine” between the Jordan River and the Mediterranean Sea “will have a majority Palestinian population. When that happens, Israel will have to choose,” according to Eilberg, either to be a state with a Jewish minority ruling over a majority Arab population — and invite increasing international comparisons to apartheid-era South Africa — or to become a secular democratic state, which means that Israel would no longer be a Jewish state “as we know it.”

Speaking with the AJW this week, Eilberg said that the issue is “particularly urgent” now, “as both the Israeli and Palestinian governments wrestle with the decision as to whether there is a way to continue the direct talks and continue the peace process.” 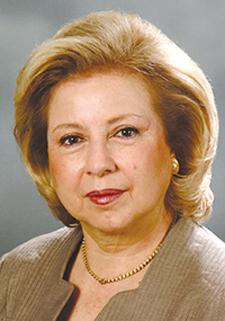 The latest news about successfully negotiating an agreement remains cloudy. Prime Minister Benjamin Netanyahu said on Monday that he would reinstate a West Bank construction freeze if the Palestinians recognize Israel as a Jewish state, according to JTA. Netanyahu made the offer in a wide-ranging speech at the opening of the Knesset’s winter session.

“If the Palestinian leadership will say unequivocally to its people that it recognizes Israel as the homeland of the Jewish people, I will be ready to convene my government and request a further suspension [of building in Jewish settlements],” Netanyahu said. “Just as the Palestinians expect us to recognize their state, we expect reciprocal treatment.”

The Palestinians issued a statement rejecting Netanyahu’s formulation, which also said that they would return to peace talks in exchange for a freeze on building in the settlements, according to JTA.

Also, Moshe Ya’alon, Israeli vice prime minister and strategic affairs minister, told Israel Radio on Tuesday that he saw “no chance of reaching a peace deal with the Palestinians in the near future.”

Haaretz reported that Ya’alon said: “In the eyes of Palestinians, the occupation began in ’48 and not in ’67. Not only Hamas thinks this — Abu Mazen [Palestinian President Mahmoud Abbas] does too.”

The Israeli-Palestinian conflict likely still will be simmering when J Street Minnesota holds it discussion on Oct. 20.

Avital, who was born in Romania in 1940, emigrated to Israel in 1950. A graduate of Hebrew University in Jerusalem, she joined Israel’s Foreign Ministry in 1960. She has been posted to cities in Canada, Europe and the United States, and served as consul general in New York. She was elected to the Knesset in 1999, where she chaired committees dealing with foreign relations, the status of women, immigration and other issues. Avital lives in Jerusalem; and she speaks several languages including Hebrew, English, French, Romanian, Italian, German and Portuguese.

Ben-Ami founded J Street following a 25-year career in government, politics and communications, both in the U.S. and in Israel. He served as a deputy domestic policy adviser to President Bill Clinton, and was policy director for Howard Dean’s presidential campaign. Ben-Ami, whose father was born in Tel Aviv, started the Israeli firm Ben-Or Communications while living in Israel in the late 1990s. 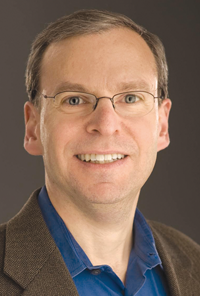 “We’re delighted,” says Eilberg, “as J Street Minnesota’s first major public event in the community, to be hosting Jeremy Ben-Ami, the founder and president of J Street, and Colette Avital, a very distinguished former deputy speaker of the Knesset and former Israeli ambassador, who are both on a swing through Midwestern cities.”

The program at Mount Zion is being offered not just as a “cheering section” for local J Street partisans, adds Eilberg, “but as a community-wide educational forum, an opportunity for people who already lean in the direction of J Street’s positions, or people who are certain they disagree with J Street, or people who are in between.”

She says that “people left, right and center, throughout the spectrum,” have been invited to participate in the conversation, which will feature a short talk by Ben-Ami, a longer address by Avital, then an audience Q&A.