Popular singer from Moscow has not forgotten Jewish agencies, like HIAS, which helped her family settle in America

NEW YORK (JTA) — Regina Spektor has a cold — or as she calls it, “a nondescript New York disease.” The singer is onstage at Jazz at Lincoln Center in New York headlining a benefit concert for the Hebrew Immigrant Aid Society, or HIAS, which helped resettle her family in New York more than 20 years ago.
Though the crowd, which includes Spektor’s parents, calls out words of encouragement,Â Spektor is struggling. She gulps water between songs, suppresses little coughs and refers more than once to the mysterious Russian health tonic she downed in an effort to ready herself for the performance. 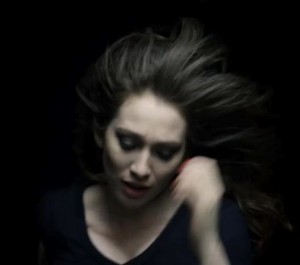 “It was one of those things where anyone in their sane mind would have canceled,” Spektor says later. “It was just such an important show for me. Everybody had been working on it for so long, all the HIAS people, and all the tickets were sold out. It was just a cause that was so important to me.”
A talented pianist and composer known for her playful lyrics and dramatic shock of curls, Spektor started out performing in East Village cafes before gradually finding mainstream success, culminating with the release of her critically acclaimed breakthrough record, “Begin to Hope,” in 2006. Rolling Stone magazine named it one of the 50 best albums of the year.
Her music has been featured in countless commercials and television shows, including Grey’s Anatomy and How I Met Your Mother, and Peter Gabriel recorded a cover of her song “Apres Moi.” Her next album, “What We Saw From the Cheap Seats,” is due May 29.
Spektor says her performance for HIAS set back her recovery a month, but it’s not hard to see she why she forged ahead. As a 9-year-old, Spektor emigrated with her family from the Soviet Union and resettled in New York with help from HIAS, the immigrant relief agency founded in 1881 that has helped millions of refugees fleeing deprivation abroad.
“I don’t think any of us would be in America if it wasn’t for them,” Spektor says. “They did so much. To get to play a benefit show for them was like — it was just such an amazing like full-circle kind of thing.”
Spektor has not been shy about identifying publicly with Jewish causes.
In 2008, she performed on the National Mall as part of celebrations of the 60th anniversary of the establishment of Israel. Two years later she was back in the capital performing at a White House reception before the Obamas to celebrate Jewish American Heritage Month. She has blown a shofar onstage and performed Hannah Senesh’s “Eli, Eli” in Hebrew. On the cover of the Begin to Hope CD, she is wearing a visible Star of David pendant.
In 2009, in the midst of Israel’s Operation Cast Lead, launched in response to Palestinian rocket fire from Gaza, Spektor penned a post on her MySpace page defending the Jewish state and criticizing what she saw as unfair media coverage of its actions.
“Israel has been shelled,” she wrote. “It has been hit with rockets for years… There is no government in the world that would not protect its citizens from attack. That’s unlawful. And it’s not sticks and stones, as many of my friends and relatives who live in Israel know. It’s rockets…Â  Are there different laws and rules for a Jewish government? If you prick us do we not bleed?”
Like other Jewish immigrants who have benefited from HIAS assistance, Spektor has remained close to the organization. She describes her family’s move to the United States as part of a promotional video series called “myStory” produced for the 130th anniversary of the organization’s founding. Writers David Bezmozgis and Gary Shteyngart and the boxer Dmitriy Salita also appear in the series. Google co-founder Sergey Brin, another HIAS beneficiary, gave the group $1 million in 2009.
Born in Moscow to a musically inclined family, Spektor began studying classical piano from an early age. Landing in New York without her beloved piano, Spektor found one in the social hall of a synagogue in her new Bronx neighborhood.
“It was really fun to turn on the lights because they had all these stage lights,” Spektor recalls. “It was totally dark, and you make your way in, checking out what lights what. And I practiced there. And it was great because I had nowhere else to practice at all.”
Later, on a trip to Israel in 1996, Spektor found her singing voice. A self-described wimp, she struggled on hikes through the desert in blazing sunshine. Humming helped her develop a rhythm and pass the time.
“It sort of kept me a little more sane,” Spektor says. “I had some people be like, ‘That was really cool what you sang.’ No one ever said to me in all my years of humming that I had a good voice. And so I was like, really? OK,Â  I’ll try and sing. When I got back to New York from that trip, I sort of had this renewed excitement that maybe I should try singing.”
The closeness Spektor feels to the Jewish community was evident in her Lincoln Center show on Feb. 23, which often had the feel of an informal performance in a family living room. Spektor bantered casually with fans who called out to her between songs and offered recollections of the assistance afforded her family by HIAS after their arrival in the United States.
“I’m not a politician, and I would never want to be,” she told JTA. “And so I just try to stay true to the causes that I care about without making my songs and my music and my art just be an element of my agenda as well.”

Saving Israel from itself

Saving Israel from itself