Mount Zion Temple will bring together secular and religious leaders, journalists with Middle East expertise, and nationally known speakers to address a wide range of topics during a community-wide Israel Conference and Fair titled “(Re)Discover Israel.”

The conference will take place on Sunday, Feb. 13 at Mount Zion.

“This year we’re focusing on Israel as a congregation and we’re spending 18 months focused on our relationship with Israel,” Mount Zion’s Rabbi Adam Stock Spilker told the AJW. “I feel that there’s so many in the Jewish community who do not know Israel the way that I know Israel — as a place of inspiration and beauty. It’s one of the most diverse societies in the world and full of history that connects me so meaningfully to my identity as a Jew.” 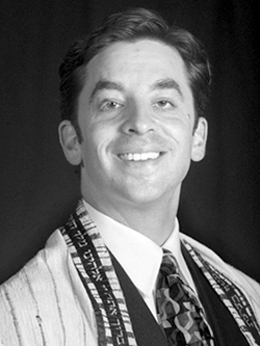 Stock Spilker said that some are not able to see the Israel he sees because of challenges that serve as “stumbling blocks” — whether it’s the fate of the Palestinians or the ironic fact that he would not be recognized as a legitimate rabbi in the Jewish state.

“This conference is meant to recognize these real stumbling blocks, address them and say that we, as American Jews, can grapple with the real issues that Israel is facing and still show a love for Israel,” Stock Spilker said.

The conference will include several workshops and plenary sessions that will offer a highly nuanced understanding of the region’s complexity and present divergent voices to foster conversation.

Two plenary sessions will be “We Stand with Israel: One Tent, Many Voices” and “Pluralism in Israel: Progress and Challenges.” In breakout sessions, such as those titled “Minorities in Israel,” “The Conversion Crisis” and “Two Christian Views of Israel,” there will be opportunities for attendees to learn, interact and share their views.

“We thought that somebody from the press, in a journalistic kind of way, would be able to present a more outside voice, sort of an observationist voice, that can really look at the situation and identify where the American Jewish community is in terms of its relationship with Israel,” Stock Spilker said. “We thought that [Goldberg] was one of the most outspoken, in a very meaningful way.”

Together with Shahar Arieli, Hunegs will discuss the delegitimization of Israel.

“We’re seeing, from different perspectives and individuals and institutions, the campaign to delegitimize Israel,” Hunegs told the AJW. “Whether it’s from religious organizations or Palestinian groups opposed to Israel or academics, the idea is that Israel should be excluded from the family of nations. It’s very dangerous.” 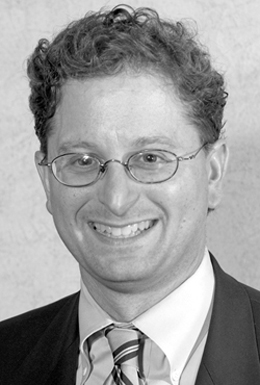 Hunegs noted that the conference is important, as it will ensure a diversity of voices is heard.

“There are many pro-Israel voices, not all of which necessarily agree with each other,” Hunegs said. “Nevertheless, they’re supportive of Israel and we should find a way for people to feel empowered because they’re able to express their opinion and, at the same time, be part of the communal consensus strongly advocating on behalf of Israel.”

In addition to the workshops and plenary sessions, an Israel Fair will feature Israeli food and snacks; an Israeli wine tasting; jewelry, gifts and art from the Israel Marketplace and Brochin’s; music and dance with the Orim Dance Troupe; information on travel; and activities for children and teens.

Admission to all events is free. A boxed lunch and childcare are guaranteed only with a payment in advance.

“The goal is to increase people’s knowledge of issues in Israel and to create a safe place for a dialogue within our community about Israel,” Stock Spilker said. “The Twin Cities can show what other communities in the country are struggling to do, and that we can come together and have civil discourse about Israel.”

‘Justice, justice shall you pursue’

‘Sapiens’ is an illustrated history of humankind

In praise of George Soros