Stuart Ackerberg’s business card, the one for Catalyst Community Partners, carries a bit of a quotation from Dr. Martin Luther King, Jr.: “The fierce urgency of now.”

A successful real estate developer — with substantial holdings in the Uptown neighborhood of Minneapolis, and elsewhere — Ackerberg responded to the crisis on West Broadway Avenue in North Minneapolis, and formed Catalyst in 2004.

A once thriving commercial corridor, West Broadway over the past 40 years or so has declined into a dreary row of decaying properties that people drive through on their way to somewhere else. Residents in other parts of the metro view North Minneapolis through the lens of TV news reports of gun murders, and tend to stay away in droves.

“The [West Broadway] community has been abused more than any other community in Minneapolis,” commented Ackerberg, during a recent visit to the AJW offices.

An article about Catalyst in Minnesota Business magazine earlier this year called this part of North Minneapolis a “black hole of drive-by goodwill and broken promises.”

Ackerberg, 53, sensed the urgency of revitalizing West Broadway, and has devoted his substantial talents for redeveloping old and dilapidated buildings — along with his personal financial guarantee on a number of properties — to the task. 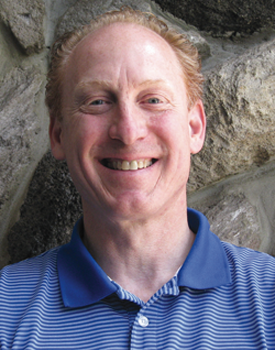 Stuart Ackerberg: You never give someone a gift you wouldn’t want to receive. (Photo: Mordecai Specktor)

After graduating from the University of Wisconsin at Madison, Ackerberg went on to work as a mortgage banker and pension advisor for big-time real estate developers in southern California. In1988, he formed The Ackerberg Group with his late father, Norman Ackerberg.

The elder Ackerberg started his apartment construction business, Norman Construction Co., in 1964. He was one of the major philanthropists in the local Jewish community; the Sholom Community Alliance’s St. Louis Park campus bears the Ackerberg family name. Norman Ackerberg also was a leading benefactor of local Lubavitch institutions and other Jewish groups and causes.

Stuart Ackerberg had some trepidation about working with his father, who at the time was in failing health from multiple sclerosis.

“I didn’t know if I could work with my dad,” he recalled. “He was brilliant; he was a workaholic — he didn’t really have a lot of other hobbies.”

The elder Ackerberg also “hadn’t had many partners, because the few partners he had, he always outworked — not that they weren’t pulling their share,” his son commented. “They would do 50 or 55 percent, but he would do 80 or 90 percent.”

After forming the partnership with his father, Ackerberg continued to live in southern California; Norman Ackerberg was living in Malibu. However, it became clear that it made sense to move the firm’s headquarters to the Twin Cities, where most of the properties were located.

With the success of The Ackerberg Group, the trim, red-haired real estate developer — who occasionally responds to questions with a polite “yes, sir” — could live the good life in exotic locales. Instead, he has chosen the gritty precincts of West Broadway.

During an hour-long interview, Ackerberg detailed the projects that have been completed and are in progress on various nodes along the avenue.

“We started off in 2004 — I just wanted to do good deeds, and so we did it as Ackerberg — the first project we did was called the Agape Child Development Center,” he said, regarding the empty building on Broadway and Newton that Hennepin County had taken through tax forfeiture. Ackerberg and “a buddy” bought the building, and “in 75 days, we put it back in service as a seven-days-a-week, 24-hour, daycare facility.”

The next project, at 1101 West Broadway, near Emerson and Broadway, was a derelict city-owned building.

The building houses a City County Federal Credit Union branch on the first floor, along with the Bean Scene Too coffee shop. Emerge Community Development, a subsidiary of Pillsbury United Communities, which provides job training and placement, occupies the second floor.

The building “went from being one of the more active locations for police calls” to a thriving hub on West Broadway, without even one graffiti tag, according to Ackerberg. “No incidents at all.”

He explained that the lesson for the community is that “if you do things well, if you raise the bar up, people will be respectful and you can be successful.”

In restoring a classic period building, such as 1101 West Broadway, Ackerberg stresses the importance of doing quality work. This philosophy has not always been practiced on the North Side of Minneapolis, where “people would do the bare minimum” in constructing new housing. He cited the case of a development called Dream Homes, where the building contractor constructed “slab-on-grade houses, with no closets and as many bedrooms as possible. It was just a way for them to maximize the government subsidy program; because you get paid per bedroom — you don’t get paid per bedroom and closet.”

Ackerberg carries into practice the advice he received from his mother, Alvera Franceschi (née Rosenfeld): “You never give someone a gift you wouldn’t want to receive. For us, we just equated that to, we’re not going to create a space — be it a house, be it an apartment, be it an office building, shopping center, a community space — that we would not want to inhabit or play in.”

In this vein, he mentions that the 1101 West Broadway project features artworks inside of and outside of the building by local artists, and it has won several awards for excellence and historic preservation.

Another early Catalyst project involved turning around the Cottage Park neighborhood. The pocket park north of West Broadway had degenerated into a scene of drug dealing and gang-related violence. The nadir for the area came in 2000, when 11-year-old Kevin Brewer was murdered by men who were fighting over a gambling disagreement.

Through the work of Catalyst, with help from the Pohlad Family Foundation, a century-old church was renovated; and Garden of Gethsemane Ministries now serves a congregation of Liberian immigrants. A new state-of-the-art playground was built, and the drug dealers have left the park, Ackerberg noted.

The Catalyst projects he mentioned — Agape, 1101 and Cottage Park — were done under the aegis of the Ackerberg real estate firm, without any government subsidies; but the company’s owner recalled that he was “getting a lot of static” about being a white organization from South Minneapolis working in a North Minneapolis neighborhood populated mainly by people of color.

“I consistently said that there is no angle,” Ackerberg commented, in relating his response to the critics. “I feel called, that we’re supposed to do this work. We’re blessed to make money in South Minneapolis; and it’s my choice to reinvest, to deploy that money in North Minneapolis. There isn’t any angle here. And people just didn’t believe me.”

The skepticism stemmed from 40 years of “broken promises” on the North Side, he realized. In 2008, Ackerberg decided to create a sustainable not-for-profit company, Catalyst Community Partners, which now is completely independent of The Ackerberg Group.

Ackerberg remains on the Catalyst board, along with other luminaries of the local business and nonprofit community. He has vowed that he “will not personally own” any properties in North Minneapolis. Although there were opportunites on the North Side “for the perfect real estate play,” Ackerberg wants everyone to know that “we are really focused on doing everything in our power to strengthen this community for all the residents.”

During the chat in the Jewish World offices, Ackerberg reflected that his “dad always liked the underdog.” Philanthropy “was part of our DNA,” he said. The message that his parents imparted early on was that you “work hard, pay taxes and you give back.”

The quotation on Ackerberg’s business card is actually from King’s “Beyond Vietnam” speech onÂ April 4, 1967,Â at Riverside Church in New York City. The man honored as a pillar of the nonviolent Civil Rights movement of the 1960s is less known for his early and emphatic denunciation of this nation’s warmaking in Vietnam.

In that same speech, when King shared the church bima with Rabbi Abraham Joshua Heschel, the Baptist minister warned: “A nation that continues year after year to spend more money on military defense than on programs of social uplift is approaching spiritual death.”

I don’t know if Stuart Ackerberg has read that speech; but he seems to be dedicated to helping realize King’s vision, and to do his part to answer the Jewish tradition’s prophetic call to repair the frayed fabric of society.

“We are confronted with the fierce urgency of now,” declared King. “In this unfolding conundrum of life and history, there is such a thing as being too late.”

Perhaps it’s not too late for North Minneapolis.