(Editor’s note: Jerry Silverman,Â president and CEO of the Jewish Federations of North America (JFNA), visited the Minneapolis Jewish Federation last week. Formerly a high-level executive with Levi Strauss and Co. and Stride Rite Corp. — “I went from shoes to Jews,” he remarked — Silverman served, since 2004, as executive director of the Foundation for Jewish Camp. The leader of the federation umbrella group was in town “to get to know the community.” During a chat with the American Jewish World, Silverman mentioned that he traveled to Israel and lobbied about the proposed conversion bill, which created a great deal of controversy in Jewish circles. The following op-ed article is distributed by JTA.)

NEW YORK (JTA) — The Jewish Federations of North America helped lead a wide-ranging coalition this summer to prevent proposed legislation in Israel that would have proven highly detrimental to Jewish solidarity worldwide.

The Jewish Federations partnered with the Jewish Agency for Israel and religious and political leaders in Israel and the United States to advocate against a bill by Knesset member David Rotem of the Yisrael Beiteinu Party that would have radically altered the status quo in Israel relating to the Chief Rabbinate and the Law of Return when it comes to conversions. 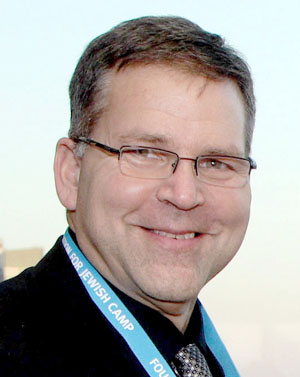 Jerry Silverman: Our coalition would have been remiss not to get involved in order to speak out on behalf of the vast majority of North American Jews. (Photo: Jewish Federations of North America)

For the first time in Israel’s history, the bill would have given the haredi Orthodox-controlled Rabbinate authority over all conversions. It also would have required that all converts, including immigrants from North America, accept halacha, or Jewish law.

The Jewish Federations and our partners maintain this would have been unacceptable to the large majority of Jews in North America and to most Jewish Federation supporters. Not only would these changes have potentially affected the standing of non-Orthodox Jews in Israel, but such a law would have sent a larger, destructive message: that the Jewish state is home to only certain Jews and not all Jews.

We were deeply surprised and disappointed by this development, especially after we applauded and supported Rotem’s earlier proposed legislation on conversions in Israel.

Rotem initially sought to give local rabbis in Israel authority over conversions, a process that would have made it easier for many Russian-born Israelis — constituents of his party — to convert to Judaism. We welcomed such efforts and thus were taken aback when the bill was changed, seemingly to appease certain political forces in Israel.

Once the newer version of the bill was advanced, our coalition would have been remiss not to get involved in order to speak out on behalf of the vast majority of North American Jews.

Ultimately, the controversy over the bill produced a number of positive outcomes, including the creation of a wide-ranging partnership of the Jewish Federations, the Jewish Agency, the Reform and Conservative movements, Orthodox voices and many Israeli political leaders.

We applaud Prime Minister Benjamin Netanyahu for his courageous leadership on this issue, and also thank the many other leaders who spoke out so eloquently, including President Shimon Peres, Defense Minister Ehud Barak of Labor and opposition leader Tzipi Livni of the Kadima Party. They and many other voices banded with us to seek a compromise that all sides could accept while preserving the unity and solidarity of the Jewish people worldwide.

We advocated intensely and tirelessly, but always respectfully and never negatively. We remain committed to that approach.

As the Jewish new year is upon us, we are hopeful that all parties will seek to avoid negative and hurtful rhetoric and follow the prime minister’s lead of building a table of dialogue around which we can all come together. Our goal remains to support positive efforts on all sides to negotiate an agreement, with legislation that benefits all of the Jewish people around the world.

Jerry Silverman is president and CEO of the Jewish Federations of North America.