WASHINGTON (JTA) — A careful reading of the WikiLeaks trove of State Department cables — which is laying bare some 250,000 secret dispatches detailing private conversations, assessments and dealmaking of U.S. diplomats — reveals a notable if perhaps surprising pattern: how often they get things wrong.

Again and again the cables show diplomats, lawmakers and heads of state predicting outcomes that never come to pass.

A year ago, top Israeli defense officials in a meeting with their U.S. counterparts set 2010 as the absolute deadline to squeeze Iran on its nuclear program. Now Israeli officials say the date is 2012. 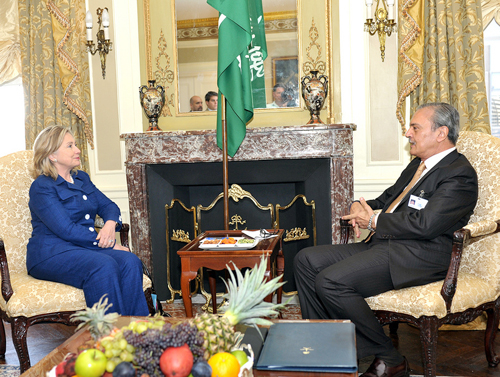 In a 2005 assessment, the same Israeli cadre told U.S. interlocutors that the point of no return would be Iran’s ability to enrich uranium without assistance. Iran has had that capacity for years.

In January 2008, Egypt’s intelligence chief said Hamas was isolated and would not stand in the way of a peace agreement. Hamas’ continuing control of Gaza, even following the war that broke out 11 months after the Egyptian assessment, still undercuts Israeli-Palestinian peace talks.

In 2007, U.S. diplomats called Tzipi Livni an up-and-comer. Though now the leader of the Israeli opposition as head of the Kadima Party, Livni twice failed in bids to become Israel’s prime minister.

The same State Department cable said the Israeli military and government don’t get along — “never the twain shall meet!” But they do get along, mostly, and meet often; the lack of cooperation in 2007 was the result of the short-lived term of Amir Peretz as Israeli defense minister.

The disparities between predictions and reality reflect the on-the-fly nature of the discussions detailed in the newly revealed cables.

Ed Abington, a former U.S. consul in Jerusalem who has consulted for the Palestinian Authority, said the authors of such cables work under pressure to come up with “added value” in analysis and fill in the vacuum with chatter that might not have any basis in reality.

“You’re looking for what you can add that makes it relevant to policymakers in Washington and elsewhere — analysis, insight,” Abington told JTA. “A lot of the reporting, in hindsight, is irrelevant.”

David Makovsky, a senior analyst with the Washington Institute for Near East Policy, said facts on the ground also change rapidly — a factor that helps explain how dire Israeli predictions about Iran’s imminent weapons program have dissipated, at least for now.

Part of that may be attributable to efforts by the West to sabotage Iran’s nuclear program. Makovsky cited the recent success of the Stuxnet computer worm, which apparently disrupted Iranian centrifuges necessary to enrich uranium to bomb-making capacity.

Much of the material in the leaked cables offers frank U.S. assessments of everything from the temperament of foreign leaders to the shipment of arms between foes of the United States.

In late 2009, U.S. officials told their Russian counterparts that they believed North Korea had shipped missiles to Iran capable of hitting capitals in western Europe. The Russians were skeptical, but agreed that there was evidence of increased cooperation between the two rogue nations and it posed new dangers.

The cables also track increasing concern among the United States, Israel and Western nations that Turkish Prime Minister Recep Tayyip Erdogan is leading Turkey along a path to Islamism — and beyond the point of no return of accommodation with the West.

In Cairo, U.S. diplomats told Secretary of State Hillary Rodham Clinton that in meetings with Egyptian leaders, she should defer to Egyptian self-regard as the indispensable Arab state while acknowledging that the perception is long past its due date.

Tracking the cables that straddle the Bush and Obama administrations also demonstrates that on some matters policies have changed little, if at all.

Stuart Levey, the treasury undersecretary charged with enforcing Iran sanctions, reassured Israeli Mossad chief Meir Dagan in December 2008 that President Obama was as determined as George W. Bush to isolate Iran through sanctions. Within a few weeks, Obama would confirm the point by reappointing Levey to the job, ensuring consistency.

The leaks also show Iranian and Syrian duplicity. A 2008 memo, apparently from an Iranian source, details how Iran used the cover of the Iranian Red Crescent to smuggle officers into Lebanon in 2006 to assist in Hezbollah’s war against Israel. Syria apparently provided sophisticated weapons to Hezbollah within weeks of pledging to U.S. officials that it would not do so.

Some of those named in the leaks worried that their publication could inhibit frank dialogue.

U.S. Rep. Jane Harman, D-Calif., was outraged that her private exchange with Netanyahu on Iran and Palestinian issues in a 2009 meeting became public knowledge.

“If Congress has no ability to have candid conversations with foreign leaders, we won’t have some of the critical information we need to make the judgments we need to make about countries like Iran,” she told The Daily Beast.

In condemning the leaks, Clinton said Monday that they represent policymaking only in its most nascent stages. Once the heavy hitters become involved, the policy is changed. So the content of the leaked cables is not of vital importance, she tried to argue.

“I want to make clear that our official foreign policy is not set through these messages but here in Washington,” Clinton said. “Our policy is a matter of public record, as reflected in our statements and our actions around the world.”

But the cables reveal policy discussions in blunter terms, and show the inner workings of intergovernmental relationships that the parties would rather have kept private.

Saudi Arabia, for example, is shown in the cables to be beating the war drum for a U.S. attack against Iran — a stance quite different from its public posture.

In a 2008 meeting, the Saudi ambassador to United States reminds U.S. Gen. David Petraeus, the commander of U.S. forces in the Middle East, about the multiple times Saudi King Abdullah called on the United States to “cut off the head of the snake” — attack Iran to stop its nuclear program.

But the message is not consistent. Other cables describe meetings in the Persian Gulf with Arab officials, including Saudis, who counsel against a strike, saying that the backlash would be incalculable.

The cables least prone to such disparity may be those that describe meetings with Israeli officials. Successive Israeli prime ministers and defense ministers all say the same things — and in the same ways that they do in briefings with reporters.

Meeting this week with Israeli reporters after WikiLeaks began publishing the cables, Netanyahu said the Israeli government takes pains to make sure the most sensitive discussions between the two countries are kept private.

“It influences our work, what we do in meetings, who we bring into meetings, what we say in them, and when we narrow the meeting to two people,” he was quoted as saying by the Jerusalem Post.

The cables leaked by WikiLeaks, about 1 percent of which have been published so far, have low secrecy classifications and were written by relatively low-level diplomats. They were stored in a computer system to which more than 2 million people had clearance to access.

Newspapers reported this week that a U.S. soldier, Bradley Manning, is allegedly behind the leaks to WikiLeaks. Manning, a private, is facing trial in another leaks case.

Have a freilich Hanuka, Yidn!