By MORDECAI SPECKTOR
Rabbi Julie Gordon, a native of Albert Lea, Minn., who has served the local Jewish community in varied capacities — as a pulpit rabbi, teacher and Hebrew school administrator — will soon be leaving Minnesota for an extended period of time.
On Aug. 17, Gordon will begin her studies at the Pardes Educators Program in Jerusalem. The subsidized two-year program, which was developed and funded by the Avi Chai Foundation, “is an opportunity to study Talmud, Tanach, Jewish history, Hebrew, Jewish education — and I’m thrilled,” Gordon said, during an interview with the Jewish World last week.
Following about six months of studies in Jerusalem, Gordon will travel to Boston, in mid-March 2011, for additional studies at Hebrew College and then a stint teaching in a Jewish day school.
Before returning to Israel next year, Gordon will attend her son Ari’s graduation from Indiana University. She mentionedÂ that he recently returned from six months of study at Hebrew University, and noted that it was “unfortunate” that their respective “studies [in Israel] don’t overlap, but that’s just the way it is.”
Also, Gordon proudly announced that her daughter, Shoshana, 25, has been accepted in a graduate program in library science at the University of Maryland. 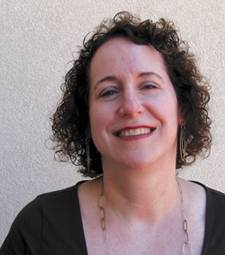 Rabbi Julie Gordon: I’ve been looking forward to a time in my life when I could devote myself to studying. (Photo: Mordecai Specktor)

The two-year Pardes Educators Program, according to information on the institute’s Web site, includes a “generous yearly living stipend, fully subsidized Pardes tuition, heavily subsidized tuition for the optional Master of Jewish Education at Hebrew College, ulpan fees, and travel expenses and housing for the two student teaching internships in North America.” In exchange, Gordon said that she has agreed to a three-year commitment to teach in a Jewish day school; her teaching position will not necessarily be in the Twin Cities.
In addition to the extended time to study Jewish texts, Gordon mentioned that the next phase of her career will afford new opportunities to help create “caring Jewish communities. I’ve devoted my career to bringing people closer to God, Torah and our people,” she said.
The 53-year-old rabbi was first ordained by the Reform movement, in 1984; this was at a time when the Conservative movement did not allow women in the rabbinate. Her first pulpit positions were at Park Slope Jewish Center, Brooklyn, N.Y., and Cnesset Israel, Green Bay, Wisc. When Gordon was accepted as a member of the Rabbinical Assembly, the international umbrella group of Conservative rabbis, in 1986, she was among the first group of female Conservative rabbis.
(In 1985, Rabbi Amy Eilberg, of Mendota Heights, was the first woman ever to become a Conservative rabbi. In 2009, Rabbi Julie Schonfeld became the first woman elected to the directorial role of Rabbinical Assembly executive vice president, succeeding Rabbi Joel Meyers.)
After serving as an educator and pulpit rabbi at Temple of Aaron, from 1987 to 2002, Gordon administered the Jewish Community Relations Council’s Avodah B’Yachad – Service Together program (now known as Justice Squared). Then, from 2004 to 2007, she was the spiritual life director of the Amos and Celia Heilicher Minneapolis Jewish Day School.
As she transitions to her new life of study in Israel, Gordon leaves her most recent Jewish communal position as principal of the Talmud Torah of St. Paul, where she directed and taught in the George Kaplan Afternoon School and Midrasha.
In addition to teaching about Judaism in most of the synagogues in the Twin Cities, Gordon also has served as the Jewish chaplain at the Veterans Administration Medical Center in Minneapolis for the past 20 years. She said that entering the VA “is like walking into a different world,” as compared to her daily work at the Talmud Torah of St. Paul. She said that many of the Jewish World War II and Korean War vets at the VA “are distant from Judaism and are grateful for a spiritual connection. It’s very meaningful work.”
With her children grown and fairly independent, Gordon is relishing this opportunity to be on her own, too.
“I’ve been looking forward to a time in my life when I could devote myself to studying,” she confided. “I’ve raised my children, which I devoted myself to. Basically, I was a single mom; because they lived with me from the time that Shoshana was in 10th grade… Ari was in 8th grade. They came to live with me full-time.”
“Between working and taking care of my children, that absorbed my energies,” Gordon commented, and added that her children “are on their way. I’m proud of the paths they have chosen, and now it’s my time to pursue my dream.”
The Pardes Educators Program is the next Jewish adventure for Gordon, who was raised in a small Minnesota city that had only 10 Jewish families. “And four of them were Gordons,” she added. In any case, an abiding interest in Judaism was kindled in Albert Lea, where Gordon’s grandfather, a Philadelphia native, prospered as an electrical contractor and proprietor of an electrical appliances store.
The rabbi noted that many of her Gordon cousins have migrated to the Twin Cities. “Nobody stayed there,” she said. “There’s one Jewish man left in Albert Lea.”
Gordon is a University of Minnesota graduate, and spent her senior year studying at Hebrew University in Jerusalem. She also lived in Jerusalem while attending Hebrew Union College, the Reform movement seminary.
She admits to some trepidation about living in the turbulent Middle East at this time.
“This land belongs to two people,” commented Gordon, about the long-running Israeli-Palestinian conflict, “and we’ve got to figure out a way to live together in peace…. I hope that I see better days when I’m there.”
Still, she is eager to experience Israel in the months and years ahead, in order to get to know Israelis “and better understand people’s struggles, and contribute on whatever level I can. I plan on having a significant, regular volunteer activity.”
(American Jewish World, 7.9.10)