Late last week, two years after the arrest of Bernard Madoff for perpetrating the largest financial fraud in history, the trustee administering the Madoff estate announced that $7.2 billion would be turned over from the estate of Jeffry Picower to victims of the multibillion dollar Ponzi scheme. Picower, a Jewish investor and philanthropist who died in Florida in October 2009, was reported to be the largest beneficiary of the Madoff scam. 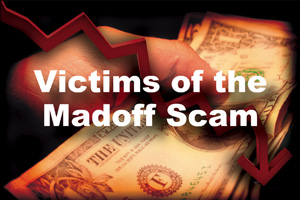 The recovery of funds through so-called clawback lawsuits — including a $45 million settlement with Hadassah: The Women’s Zionist Organization of America, and $625 million from Boston-area Jewish philanthropist Carl Shapiro — raises the possibility that many victims of the Madoff fraud will recover a substantial amount of their losses.

However, Irving Picard, the trustee for the Madoff estate, has filed clawback claims against some Madoff investors in the Twin Cities, according to a reputable source contacted by the AJW. And Picard also has sued several private family foundations with connections to the local Jewish community.

Clawback lawsuits, which seek to recover “fictitious profits” from Madoff’s Ponzi scheme and distribute the proceeds to victims of the scam, have been filed against two Fiterman family foundations and the Minneapolis-based Phileona Foundation. The three nonprofit charitable funds have reported multimillion dollar losses from their investments with Bernard L. Madoff Investment Securities, LLC.

The Chronicle of Philanthropy reported Dec. 10 that Picard has sued to recover funds from the Miles and Shirley Fiterman Charitable Foundation,Â the Miles and Shirley Fiterman Endowment Fund for Digestive Diseases, along with the Phileona Foundation. They are among some two dozen foundations and charities across the country that Picard has sued in recent weeks.

“None of the charities and foundations in the latest round of lawsuits is alleged to have been aware of the fraud before the [Madoff] fund collapsed,” according to the Chronicle of Philanthropy.

The Phileona Foundation’s founder, Marshall Miller, told Ben Gose, who wrote the Chronicle article, that his foundation “was a net loser in the fraud. Phileona, which thought it had assets worth $54.5 million prior to the fraud, withdrew $2 million within a 90-day period before the Madoff fund collapsed.

“That withdrawal, coming just before the demise of the fund, puts Phileona ‘in a more favorable position than other defrauded customers,’ according to the lawsuit.”

Picard reportedly is trying to get the $2 million returned so that it can be distributed equitably among all victims. Rather than profiting from its investments with the Madoff firm, Miller, who formed the foundation with his wife, Marlene, told the Chronicle that the Phileona Foundation was victimized by the Madoff scam: “We’ll get something back. Nobody knows how much the trustee will recover.”

In its 2008 990-PF IRS filing — nonprofit foundations are required to file detailed annual tax returns, which are open to public inspection — Phileona claimed a “theft loss” of $40.3 million for its investment with the Madoff firm.

As the Phileona Foundation’s assets plunged from $49.5 million to $5.5 million in 2008, the foundation’s charitable giving declined drastically. Among the Phileona charitable contributions listed on the 2008 990-PF form is a $27,930 donation to the Minneapolis Jewish Federation; in its 2007 IRS filing, Phileona lists a $450,000 gift to the Federation.

Like the Phileona Foundation, the Miles and Shirley Fiterman Charitable Foundation, in its 2008 990-PF filing, claims a loss of more than $39 million from its Madoff investment account, leaving just $2 million in total assets. And the foundation is being sued by Picard in a clawback claim. The AJW was not able to determine how much the Madoff estate trustee is seeking to recover from the Fiterman foundation.

A call to Shirley Fiterman, the vice chair and secretary of the foundation, who resides in Palm Beach, Fla., was referred to Tower Management Co. in Golden Valley. A call to Tower Management was referred to Steven Fiterman, of Golden Valley, a trustee of the foundation and the son of Shirley Fiterman and the late Miles Fiterman.

The Miles and Shirley Fiterman Charitable Foundation reported grants and contributions during 2007 of nearly $3.3 million. Among the beneficiaries were many Jewish groups, including B’nai Israel Synagogue, of Rochester, Minn., which received $166,726; and Temple Israel, Minneapolis, which was given $32,812. The Rochester synagogue received nearly the same amount, $166,666, in 2008, while the donation to Temple Israel in Minneapolis was $2,672. The foundation’s donations in 2008 were $620,654, or less than 19 percent of the amount donated in 2007.

Also, the Miles and Shirley Fiterman Endowment Fund for Digestive Diseases, which benefited the Mayo Clinic’s gastroenterology department, reported that its total assets, about $18.8 million, were wiped out in the Madoff scam. Harry Hoffman, a trustee for the fund in Rochester, Minn., told the AJW this week that the fund has retained legal counsel to respond to the Picard clawback lawsuit and to seek remedies for their losses.

In its 2008 990-PF filing, the fund, “a free-standing charitable trust that was established to fund research, practice and education in the area of digestive diseases at the Miles and Shirley Fiterman Center for Digestive Diseases at Mayo Clinic,” states that it intends to continue to “evaluate any potential claims” from the Madoff estate, but judges that chances of recovering lost assets “currently appear to be doubtful.”

Prior to the $7.2 billion recovered from the Picower estate, Picard has recovered about $2.6 billion through settlements, according to a JTA story by Jacob Berkman. The lawsuits filed this month, ahead of the Dec. 11 deadline for such litigation, seek more than $50 billion, a figure that is considerably higher than the reported $20 billion or so estimated lost in the Madoff scheme.

Picard also is suing for $1.1 billion from the estate of Stanley Chais, a Jewish philanthropist who died in September.

One of Madoff’s sons, Mark Madoff, who was believed to have been a target of Picard’s lawsuits but who maintained his innocence, committed suicide Dec. 11 in his New York apartment.

The Picard clawback lawsuits against nonprofit foundations and individual investors likely will be in the courts for years to come. Perhaps some who lost money to Madoff’s firm will recover some or a substantial amount of their assets.

The AJW has not learned about the full extent of Madoff losses in the Twin Cities, one of the geographical centers of the Ponzi scheme. Local victims mainly have refused to come forward and talk about their financial misfortune. And the scam’s damaging effect on Jewish organization here and across the country is a story that is still developing.

(Jacob Berkman and JTA contributed to this story.)