‘Engaging Jewish Minds’ on Nov. 5 will coincide with the Global Day of Jewish Learning and feature local educators

Each year, friends and family of Rabbi Louis Milgrom gather at Hillel at the University of Minnesota for a special Shabbat to remember the man who was both executive director and rabbi of Hillel from the 1940s to the 1970s.

“Engaging Jewish Minds,” set for Nov. 5 and open to the community, will be a unique event held in partnership with the Global Day of Jewish Learning. Hillel’s Milgrom Shabbat is just one of many worldwide events that will coincide with Rabbi Adin Steinsaltz’s completion of 45 years’ worth of Talmud translation and commentary — the first original Talmud commentary since the Middle Ages.

“To celebrate the completion of this, the entire world is celebrating on Nov. 7,” Sarah Routman, executive director of Hillel at the University of Minnesota, told the AJW. “We decided that since we’re having Milgrom Shabbat on Nov. 5, why don’t we make that our day of global Jewish learning.”

The event will follow a traditional Hillel Shabbat format, which includes a student-led service and D’var Torah, followed by a kosher Shabbat dinner. Additionally, the Esther and Louis Milgrom Shabbat Programming Fund will allow for speakers, among them Earl Schwartz, of HamlineÂ University; Joshua Fineblum, director of education at Temple of Aaron; and Rabbi David Wirtschafter, rabbi-in-residence at the Amos and Celia Heilicher Minneapolis Jewish Day School. 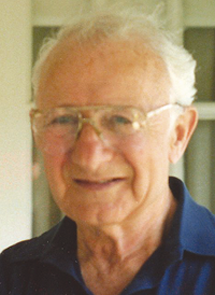 According to Routman, Milgrom had a “high impact” on the students with whom he worked at Hillel, including Schwartz, who spent a lot of time in the Milgrom home and is still friends with Milgrom’s son, Aaron.

“A lot of students from those years really attribute their involvement with Rabbi Milgrom to strengthening their Jewish identities,” Routman said. “[Schwartz], who is a renowned Jewish educator from St. Paul, definitely credits Rabbi Milgrom with being one of two people who really shaped his Judaism.”

Schwartz will offer the D’var Torah and discuss Jewish text study. Following dinner, dessert will be served throughout the building, where participants will have the opportunity to study with the Jewish educators on topics ranging from God and love to the environment and tzedaka.

Milgrom’s family, including some who are traveling from out of state, will also attend the event.

“This will be a great way to honor the legacy of Rabbi Milgrom,” Routman said.

Milgrom Shabbat will take place 6 p.m. Friday, Nov. 5 at Hillel at the University of Minnesota, 1521 University Ave. S.E., Minneapolis. Dinner is free for students and $18 for nonstudents; to make a reservation, contact Routman at: sroutman@umn.edu or 612-379-4026.

Those who have special memories of Rabbi Milgrom that they are willing to contribute to the evening’s program book can e-mail Routman at: sroutman@umn.edu.

Jewish Community Action helps get out the vote