From 'Happiness' to 'Wartime'

Todd Solondz revels in ironies, paradoxes, warring impulses and messy dilemmas. So it makes a kind of weird sense that such a sweet, pensive guy makes excruciating — and excruciatingly funny — movies.

With Life during Wartime, the New Jersey-born, New York City-based writer-director of such remarkable films as Welcome to the Dollhouse and Happiness delivers his most explicitly Jewish film. Set largely in Florida, Life during Wartime picks up the trail of most of the characters in Happiness (1998) some years after the devastating arrest of husband and father Bill Maplewood (played in the new film by CiarÃ¡n Hinds) as a pedophile.

Life during Wartime opens Aug. 20 at the Lagoon Cinema in Minneapolis. 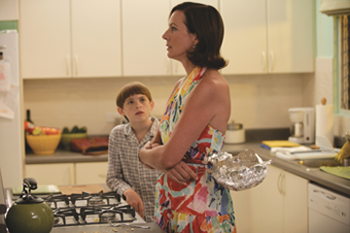 “For me, the pedophile is a metaphor about that which is most ostracized, demonized, feared and loathed,” Solondz explained in a recent interview at a San Francisco hotel. “Certainly, Jews are familiar with the sense of ostracization, of demonization. And the movie — all my work, I don’t know all, but a lot of it — has to do with the limits that we have of acceptance. We all have our limits. Do I embrace Hitler? I mean, he’s part of humanity. Where do you stop?”

Solondz never conceived of Maplewood as Jewish, but the character’s ex-wife and her two sisters are unmistakably so. Early in Life during Wartime, Trish (a marvelous Allison Janney) and her date, Harvey Weiner (Michael Lerner), confess not only to voting for George W. Bush on the sole basis of his support for Israel, but to a shared desire to be interred in the Jewish state.

“The idea of the courtship, being buried in Israel, is a perverse kind of sentiment,” Solondz says. “If you really are a Zionist, why would you want to take up space in that tiny piece of land? As if you get first dibs — all the people that died in the Holocaust, they didn’t get buried in Israel.”

Trish’s narcissistic sister, Helen, who lives in breathtaking luxury in L.A., is at the other end of the political spectrum. An enormous photograph of a Palestinian child with a rock standing in front of an Israeli tank hangs on her wall, and the word “jihad” is tattooed in Arabic on her arm.

But it’s risky to guess Solondz’s stance on Israel from his characters. He’s plainly liberal, but he’s not an ideologue.

“I think it’s hard if you’re a college kid today in many places, if you go to any liberal campus, to speak in favor of Israel or Israeli policy,” he says. “That’s the cultural climate. That wasn’t the case when I was a college kid. It’s not a question of right and wrong but it is part of the ambience that we live in right now.” 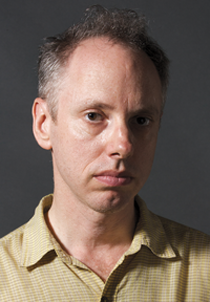 How much direct experience does Solondz have with Israel? “Once every 10 years I’m there, for some reason or other,” he says. “I’ve got plenty of relatives and so forth. But every time I go it’s a different country.”

Bringing the conversation back to Life during Wartime, the filmmaker is endlessly fascinated with the daily struggle of his characters to move on with their lives in the wake of painful revelations and betrayals.

“I play with this notion of forgiving and forgetting, and the way in which, much as you may try to eradicate the painful things from your past, you can never escape it,” Solondz says. “It always has a hold on you, and you can pay a price for not acknowledging that. In my head, [Florida] was a place where one could go — the way I think California once was — a tabula rasa, you could go there and recreate your life. It’s where O.J. went after the trial.”

A subplot of Life during Wartime involves the approaching Bar Mitzva of Trish’s son, Timmy. (It’s a curious coincidence that the most recent Solondz and Coen brothers movies both involve Bar Mitzva boys.) The openly atheistic Solondz is typically droll and thoughtful about how he’s raising his young son.

“It’s endless conversations between me and Emily — Horowitz, ’cause if I don’t include that everyone will wonder,” he says with a smile. “She lights the Friday night candles and since we’re vegetarian, kosher is never an issue, really. I think it would be a nice thing for the little one to have exposure to some extent, certainly to know how to read Hebrew, because it will open more doors for him, so he has more options in life. Look, if he becomes a believer, I don’t want to deprive him of that opportunity.”

Solondz is not a sentimentalist by any means, but he is a philosopher and a pragmatist.

“If you go to Mexico, to Argentina, to Romania, there’s a synagogue,” he notes. “It has some meaning and resonance that would otherwise be a void if you grew up totally assimilated.”

Life during Wartime opens Friday, Aug. 20 at the Lagoon Cinema in Uptown.

Editorial: The next war?