We’ve all experienced it. If it isn’t the last seder with Dad or Zaide, it’s the last Thanksgiving with Mom or Auntie Freda. We dread it, knowing that the next time around, there will be an empty place in our hearts, if not at our tables. But we also savor it.

Playwright Jennifer Maisel’s award-winning play,Â The Last Seder, opens Sept. 17 at the Park Square Theatre in St. Paul, a venue that has treated Twin Cities audiences to many Jewish-themed plays over its 35-year history. And directingÂ The Last Seder is one of Park Square and the Twin Cities’ favorite directors: Peter Moore.

While the play takes place at the start of Passover and a seder is part of the story, Moore’s participation in real seders came late in his life.

“My favorite seder memories take place in the last few years when I’ve enjoyed several with Susan and Joe Vass,” he admitted. “It’s fun just getting through the ritual so that we can get down to some great eating!”

Joe Vass is providing original music for this production. His wife, Susan, is a popular comedienne.

What Moore enjoys most aboutÂ The Last Seder is working with its large cast: 11 players are on the stage together most of the time, working in ensemble. He finds the experience very cinematic, with lots of simultaneous action that’s been fun to choreograph. 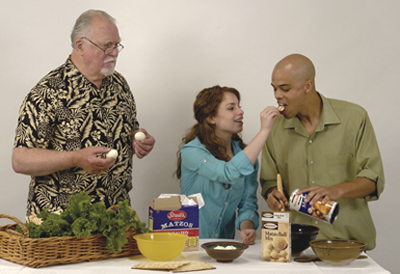 The fact that many of these actors — including Gabe Angieri who plays the father who is dying from Alzheimer’s disease, Karen Langly as mother Lily, and three elder daughters of the Price family, played by Maggie Chestovich, Shannon Jankowski and Mo Perry — have worked with one another at some point or another in their stage careers makes creating the ensemble a bit easier.

Even the youngest daughter, Angel, played by St. Louis Park native Ali Dachis, has worked with others in the cast before. At age 23 and just a year out of the University of Minnesota/Guthrie Theater B.F.A. program, Dachis has a résumé that many veterans would envy. Egged on by her friend Sarah Routman at age 9, Dachis snagged a role in an Ordway theater production ofÂ The Music Man and she’s been rising higher with each new role.

Dachis and Moore had a good laugh remembering their experience together at the University of Minnesota Theater Department, where Dachis took Moore’s annual class in theatrical combat. In rehearsals forÂ The Last Seder, though, the teaching tables have been turned from time to time.

Dachis is the only practicing Jew in the cast and she, along with Joe Vass, have been the “technical advisors” on traditions and practices relating to the seder. Dachis is a graduate of what is now the Amos and Celia Heilicher Minneapolis Jewish Day School and had her Bat Mitzva at Adath Jeshurun Congregation.

“I even brought our family’s old Silverman haggadas to rehearsal to explain and show what the real book looks like,” she said. “I come from a very large and close extended family, and when we all gather around the seder table, there are between 20 and 35 people squashed together. But we love it.”

Dachis identifies to a great extent with her character. Not only are they the same age, but they share some personality traits. Both have a wanderlust. Among many places, Dachis’ urge has twice taken her to Tanzania — once with her mother, artist Toni Dachis (see below) — and she extended a Birthright Israel trip to spend time with her St. Louis Park cousin David Glotter, who is studying in Jerusalem.

Moore, too, finds himself identifying with members of the Price family, recalling the months he spent at his father’s bedside in an intensive care unit before the Twin Cities television news great Dave Moore passed away.

According to Moore,Â The Last Seder is “an enlightening take on how we connect — and fail to connect — as family these days. Like [his previous direction in]Â Becky’s New Car, I think this is a show for our times. And it’s very smart writing. Audiences should come away feeling ‘That’s my family up there,’ even though most of us aren’t related to people quite this dramatic or hilarious.”

In addition to being an artist, Dachis volunteers and raises funds for the Pancreatic Cancer Action Network and Elimu Africa. 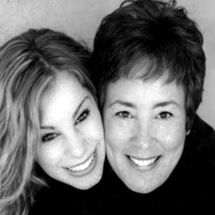