A bright light has gone out

On Jan. 9, a bright light went out of this world. Debbie Friedman passed away.

Debbie grew up in St. Paul; her first step towards becoming an internationally known singer and songwriter who enriched the face of Jewish music took place here in the Twin Cities, where she put out her first album of music, Sing Unto God. Typical of Debbie and her modesty, the music was performed for the most part by a choir, not her.

Debbie was never full of herself; it was much easier to get a hug from Debbie Friedman than an autograph.

I first met Debbie at the Conference for Alternatives in Jewish Education (CAJE) in 1991. I’d heard her music before that and even used it in my teaching, but none of that prepared me for what I would experience upon meeting her face to face. 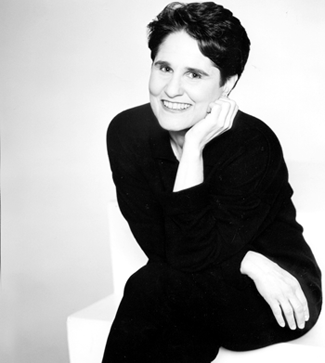 Three years before that Debbie had taken some medication to which she had a severe allergic reaction. As I understand it, it nearly killed her. When I met her, Debbie was in a wheelchair. She could stand and even walk a few steps, but not much more than that. Not only was her mobility impaired, but she was left with a sensitivity to all sorts of things — from flashbulbs to strong odors to MSG.

But Debbie did not allow any of this to defeat her or impinge on her sense of humor; she even joked about it. She told a story of being in a car with friends who were speeding and as a result wereÂ pulled over by a highway patrolman. “Do you want me to squeeze my left hand?” she asked the driver as the cop approached. (It seems that squeezing her left hand at that time could trigger a seizure.)

Debbie’s chorale became a sine qua non for me at the CAJE conferences, which I attended regularly over the following years. The chorale was comprised of 200 to 400 conference attendees, roughly half of whom were professional singers or cantors, with the other half being just people who loved to sing and, like me, loved Debbie’s music. The chorale performed during the closing ceremonies of CAJE and typically presented her newly composed songs.

We were given the lyrics and taught the song, after which Debbie would simply say, “Now I want to hear some harmony” — and harmony she got: incredible, off-the-cuff harmony in who knows how many different parts. We came in asÂ individuals and were fused into a unit through the power of Debbie’s music and the power of her spirit. Debbie provided the glue that connected us to each other and to the Divine.

Typically I would see Debbie from year to year at the conference, so any changes in her during the preceding year stood out. Every year she seemed a bit healthier, a bit more capable of walking longer distances. I began to hope that one day she would even be able to dance again. That prayer came true during the closing ceremonies of CAJE in 1997 at Stanford University in California, when she and Kenny Ellis did a little dance onstage.

Inspired to the point of speechlessness by this sight, I wrote Debbie a poem:

Once I had a dream that I would some day see you dancing.

It dwelt within the realm where dreams reside.

When every year I saw you walking longer, growing stronger,

That dream would re-emerge from deep inside.

Once I saw you in that chair, so silent and unmoving.

It almost broke my heart to see you so.

But still, I always knew you had a spirit that kept dancing,

A joyful and a hopeful thing to know.

Now you’ve given us a gift,

To all of us who love you,

A gift that only could have come from you.

For on a California night I stood and watched you dancing,

Which only proves that sometimes dreams come true.

Debbie’s music was patently Jewish and ranged from such things as “The Latke Song” (“I’m sitting in this blender turning brown”) to lyrics suffused with liturgy and quotes from the Tanach. She was absolutely devoted to Judaism, a talented woman who used her gift in the most positive manner possible.

In the chorale rehearsals at CAJE and in her concerts she connected with her audience through humor and spirituality, and connected us all to the spark of the Divine that resides within every one of us. After the chorale performance in 1992, a lovely woman by the name of Marilyn Fine, also a CAJE regular and a chorale member, spontaneously took the microphone and thanked Debbie for her wonderful gift “to be able to take 1,700 people and turn us into a 1,700-person choir all davening together.” She spoke for us all.

And now Debbie hasÂ left us, and the world is poorer for her absence but much richer for her presence. She has left us the legacy of her music and, for all of us who knew her, the legacy of her indomitable spirit — a spirit now dancing and singing with the angels.

Women’s Morning at the Capitol set for March 15